Low Carb vs Keto - What is the difference? - Pilates & Group Training

Low Carb vs Keto – What is the difference? 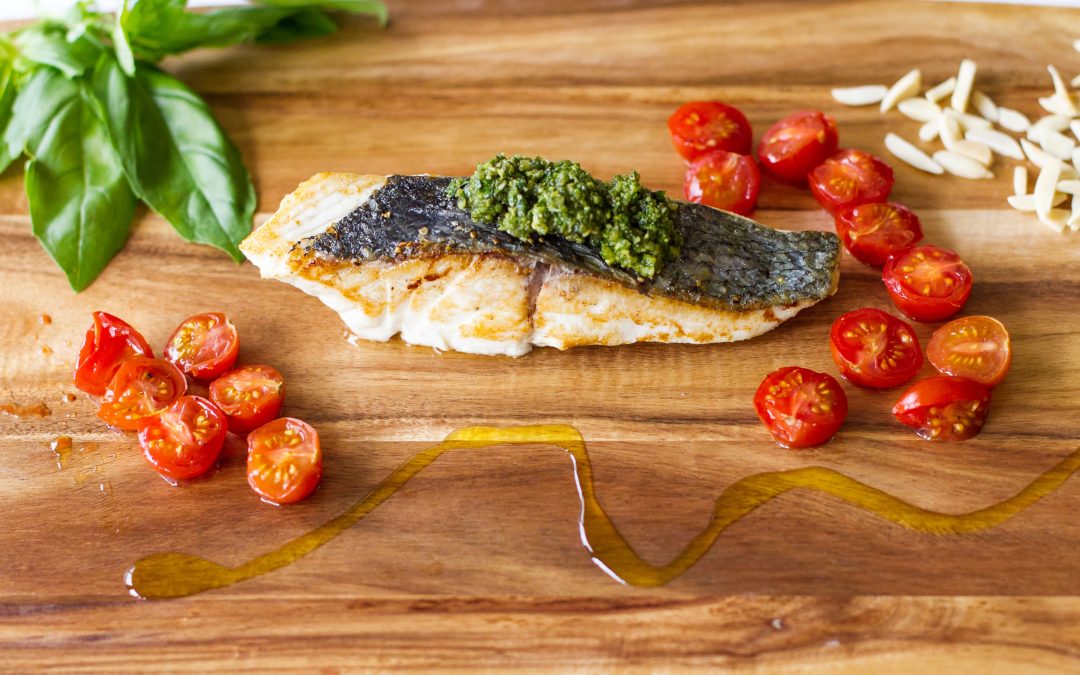 Are you confused about the difference between a Ketogenic diet and a ‘Low Carb High Fat’ (LCHF) diet?
Are you wondering whether you are actually burning fat on a LCHF diet if you are NOT in ketosis?
Are there only benefits to this way of life if you have high ketone levels in your blood or do the benefits extend beyond this? If these are some of the questions you are wondering about, well then keep reading. 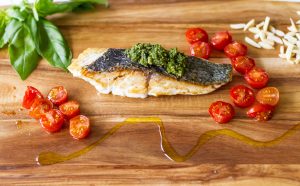 To understand the difference, lets take a closer look at the definition for each, and this will begin to give us an idea of their similarities and differences.

Keto and LCHF sit on the same spectrum. They share the common thread that they are both about eating whole real unprocessed food and to me this is the draw card to both dietary approaches. You see when you eat a diet that is made up of whole unprocessed foods, this diet naturally becomes lower in carbohydrate and higher in fat and protein. What separates Keto and LCHF, is that Keto sits on the very extreme end of a low carbohydrate diet. Lets take a closer look.

This is when the specific combination of macronutrients (carbohydrate, protein and fat) has been combined in such a way that has allowed the individual to enter into a state of nutritional ketosis. Nutritional ketosis is a very normal and natural state. It is in fact the state that we will default to in the absence of food for an extended period of time. It is this state that has allowed us as a human species to survive. In this state the brain can survive (and even thrive) on ketones. It is also the state that we can attain when we significantly reduce the carbohydrates in our diet. In most individuals, nutritional ketosis can be achieved with a total carb intake of less than 50g per day or a NET carb intake of 20-30g per day. NET carbs = total carbs minus the fibre. Attaining and maintaining a state of nutritional ketosis requires that your diet is highly prescriptive and in some individuals protein intake needs to be restricted too.

A little bit of history…
Originally the Ketogenic diet was formulated and used in the treatment of epilepsy. It was found that with raised ketone levels seizures were reduced in both number and severity. The Ketogenic diet that was formulated back then is now referred to as the ‘Traditional Ketogenic Diet’ and is highly prescriptive and extremely high in fat. To give you an idea the recommended ratio for Fat: Carbohydrate + Protein was 4:1. To put this in perspective, if you were eating 20g of carbs and 80g of protein, you would then need to eat 400g of fat… that’s a lot!

Fast forward a few years and Atkins came along with a ‘Modified Ketogenic Diet’. The ratio recommended here was less extreme being 2-3:1. This made the diet more accessible and realistic for many. Today we see that some individuals are able to achieve nutritional ketosis with this modified approach, however others will struggle.

Regardless the Ketogenic diet in any form is highly prescriptive. It is also not set in stone i.e. what creates a state of ketosis in one person may not for another. Achieving ketosis requires testing and measuring then making changes and testing and measuring again. So what are you looking for?

There are three types of ketones:
1. Beta-hydroxybutyrate = blood ketones. A level greater than 0.5mmol/L is indicative of nutritional ketosis. Yes you need to prick your finger to test for this one.
2. Acetone = breath ketones
3. Acetyl acetate = urine ketones
All three levels can be measured to understand if you are in ketosis, however the most accurate appears to be blood ketones.

Who should be on a Ketogenic Diet?
If you fit into one of the groups below then I would certainly recommend a Ketogenic diet:
1. If you have epilepsy that isn’t responding to medication or if you simply want to reduce or get off medication;
2. Brain cancers and certain other cancers. I will emphasize here that I am in no way shape or form suggesting that a Ketogenic diet will cure cancer but research is promising in regards to enhanced outcomes when a Ketogenic diet is used in conjunction to traditional therapies e.g. radiation and chemotherapy.
3. Diabetics – LCHF will certainly result in many benefits but there are possible added benefits on a ketogenic approach. It is important for all diabetics to test and measure to decide what is working for them.
4. Neurological conditions – we know that ketones are good for the brain and we now have good research around potential benefits for bipolar disease, migraines, dementia, Alzheimers and Parkinson’s disease.
5. Cognitive benefits – many individuals report a sense of clarity, often described as ‘fog disappearing’. If this is you, well then why wouldn’t you continue with a ketogenic diet. There have however been reports of the reverse occurring for some individuals – you’ll never know which one you are until you give it a go.
6. Athletes – keto is a great way to fat adapt quickly. Athletes can then reintroduce carbs, playing around with levels to find what works for them and their chosen sport.
7. Rapid weight loss – rapid weight loss may be required for medical reasons or perhaps this is just something that appeals to your personality

If you are looking for more of a lifestyle approach, a way to lose weight and optimise your health and well-being in the long term, well then a less extreme approach in the form of LCHF may suit you better.

There is no real definition for LCHF. At the moment it is simply an amount of carbohydrate in your diet that is lower and fat that is higher than that prescribed by the current dietary guidelines i.e. less than 45% of intake for carbs and more than 35% for fat. Where you choose to sit within this spectrum is totally up to you. There are no real guidelines in this respect.

Over my many years of practicing as a Dietitian, I have seen that there are many benefits to be had by keeping carb intake to less than 120g per day. This is NOT ketogenic but there are still MANY benefits at this level. A LCHF approach also allows for more flexibility in regards to protein intake and whilst this is by no means a high protein diet, protein intake is less restrictive than being on a ketogenic diet. The idea is to balance protein intake and include protein at each meal.

I believe that LCHF can benefit anyone and everyone including children, pregnant ladies, elderly, athletes, sickness/conditions/illnesses, injured… anyone. I have seen amazing impacts on general health and wellness. It is fantastic for individuals who generally enjoy looking after themselves. LCHF results in increased bioavailability of nutrients (which is a win for everyone!), it is great for weight loss. A decreased intake of carbs will result in decreased insulin (a storage hormone), which over time will allow for better access to fat. I 100% believe that anyone with any degree of insulin resistance e.g. Diabetes, PCOS, gestational diabetes, obesity and even Type 1 diabetes should be eating LCHF in some shape or form.

When following LCHF you are still using fat as fuel, this will be evident in your dramatically reduced hunger and improved appetite control. You will also find that you have the ability to exercise for extended periods of time without having to eat before or during.

In summary, LCHF is not as extreme or restrictive as a ketogenic diet. In my experience it is important to consider what type of person you are and what appeals to your lifestyle. You may be better off going less extreme with LCHF rather than full on ketogenic only to have massive binges every few weeks.

Both approaches allow us to tap into our fat and use fat as a fuel source. Mainstream diets result in us burning carbohydrate as our main fuel, LCHF allows us to burn a large percentage of our fuel from fat. The difference is that when on a ketogenic diet, you are burning fat almost exclusively. The pinnacle is to achieve a state that we refer to as metabolic flexibility. This is the ability to burn fat when it is most appropriate to burn fat (e.g. when sitting at work, sleeping or lazing on the couch); and then to burn carbs when it is appropriate to burn carbs (e.g. when performing high intensity exercise or simply dashing to catch the train).

A few side notes

1. It is important to remember that fat comes from two places i.e. fat you eat and fat in your body. If you are eating massively large amounts of fat you may very well be in ketosis BUT you could certainly be gaining weight too! It doesn’t matter what dietary approach you take, at the end of the day to lose weight calorie deficit MUST be achieved, therefore you may need to eat slightly less fat so that you can tap into the fat in your body and achieve your weight loss goals.
2. Cycling in and out of ketosis is not necessarily a bad thing and has actually shown to have positive applications in some individuals. Doing this in a planned manner, with something like a day or two of carbohydrate re-feeding, rather than having crazy blowouts would be the approach I’d be taking/suggesting.
3. The rules of ketosis change the more adapted you become. Individuals who have been fat adapted for an extended period of time (usually greater than 1 year), usually are able to achieve ketosis with a less restrictive/prescriptive approach.
4. Fasting is a great adjunct to keto. It will allow you to attain a state of ketosis quicker and then allowing you to remain in ketosis possibly without being as restrictive

Regardless of whether you choose LCHF or keto, the key is to select good quality food, ensure that your approach has been well formulated and meets all nutrient levels, this way you can’t go wrong.

For a personalized and customized plan, Vicky is available for individual consultations. Or look out for our next Low Carb Challenge.