Is Diet Soft Drink Making You Fat And Sick? 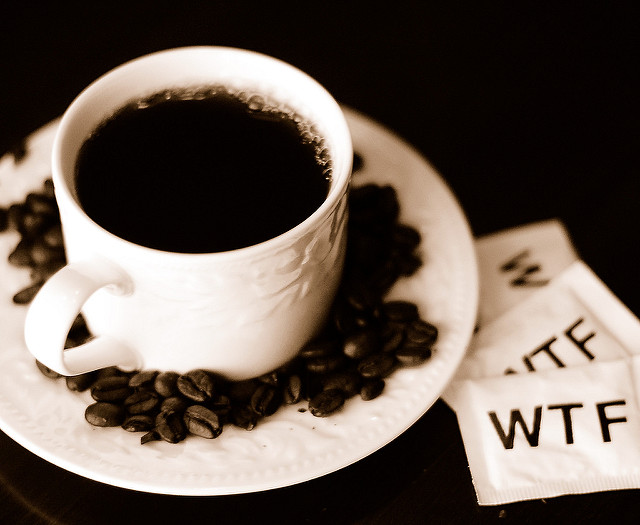 Superficial logic and basic knowledge of nutrition science has lead us to believe that by consuming fewer calories we will produce weight loss. With this at the forefront coupled with negative information regarding sugary foods and beverages an industry of artificial sweeteners has been born. Similarly if you have adopted a low carb, no/low sugar lifestyle, it is inevitable that at some stage questions regarding artificial sweeteners will come up.

If you have switched to these chemical cocktails in an attempt to lose weight and improve your health, you may want to put down that Coke Zero and keep reading.

There are as many perspectives on the safety/benefit of artificial sweeteners as there are products containing these substances on our supermarket shelves. It is understandably an extremely confusing space in the nutrition world. In many instances these compounds have simply not been around long enough for us to fully understand the long term consequences of including them in our diets on a regular basis. Some reports and reviews of the literature are particularly alarmist, stating that artificial sweeteners such as aspartame can trigger or worsen diseases such as multiple sclerosis, epilepsy, diabetes, Alzheimer’s disease and chronic fatigue (to name but a few). When searching online in regards to the safety and/or benefit of artificial sweeteners conflicting reports and opinions are inevitable.

What do you do and where do you start?

In my opinion, the number one question you should be asking yourself when you reach for that ‘diet’ product is ‘Does this item offer me any real benefit?’ If you ask this question you can at least start from a more informed space in relation to your own health and associated goals. Sometimes you will find that there is no clear benefit… physically, emotionally or otherwise; but on other occasions a benefit may exist for you. For example sweeteners may be used in the short term whilst attempting to wean yourself off a sugar addiction. Yes, of course the best option is always going to be to go for the non-sweetened option altogether but understandably this is not always a realistic option.

Despite not having all the answers in regards to artificial sweeteners, what we do know, and this is particularly important for children, is that they set up an expectation for ‘sweetness’. In essence they perpetuate the need for sweetness and condition us to believe that for anything to taste good a level of sweetness must be present. Sweeteners continue to feed some part of our sugar craving thereby prolonging the agony of attempting to ditch the sugar habit. This conditioning makes it difficult to then appreciate the gentle sweetness of say a carrot, a capsicum or even an apple and this in itself can really push our whole diet in the wrong direction.

What else do we know?

A meta-analysis published in the Canadian Medical Association Journal found that artificial sweeteners may be associated with an increased risk of obesity, long-term weight gain, diabetes, high blood pressure and heart disease. This is interesting as many of us would assume that replacing sugar with artificial sweeteners would be a better option, however the evidence is pointing in the opposite direction and indeed suggesting  potential harm. Whilst artificial sweeteners have no immediate measurable effect on blood sugar levels, concerns have been raised relating to an increase in insulin resistance and glucose tolerance with long-term use.

Another emerging and extremely interesting area of modern nutrition science is how what we eat impacts our gut health and thereby our overall health and longevity. Previously many scientists believed that since artificial sweeteners travel through the digestive system undigested and pass out of your body unchanged that they posed no risk to the individual. What has now been discovered is that many artificial sweeteners appear to disrupt the balance of beneficial bacteria in our gut. Keep in mind that beneficial bacteria are known to protect your gut against infection, produce important vitamins and nutrients and even help regulate your immune system. An imbalance has more recently been linked to numerous problems including inflammatory bowel disease, autoimmune diseases and may even play a role in how your weight fluctuates. Scientists examining gut bacteria have found that normal weight people tend to have different patterns of bacteria in their guts than overweight people.

One of the most alarming statistics relating to artificial sweeteners is the significant increase in these substances that children are consuming. Consumption of artificial sweeteners is up 200% according to a study published by The Journal of the Academy of Nutrition and Dietetics. What does this mean for our kids? Unfortunately it appears only time will tell. My advice would be to incorporate fresh seasonal whole food into the diet of your family on a daily basis. Get your kids into the habit of enjoying fresh real produce every day so that sugar or artificial sweetened options are only an occasional part of their lives.

Types of sweeteners available on the market today

Note: This is not an exhaustive list of sweeteners but is an attempt to cover the more popular products out there.

On a personal level

So if the evidence is sketchy you might ask what I do on a personal level. Having followed a low carb lifestyle for the better part of about 5 years now, I can honestly say that I can count the number of times I have used artificial/alternative sweeteners on one hand. Personally I am just not a fan. My philosophy for myself and for my family is and always will be based on eating whole real unprocessed food. In my opinion sweeteners just don’t fit in as part of this. On a couple of occasions I attempted a few ‘sweet’ recipes, mainly in an attempt to get my kids eating less sugar, only to have them pull their noses up, opting for strawberries and cream instead! The two sweeteners I tried, stevia and xylitol, just didn’t cut it in terms of taste or texture for us as a family. I have since thrown them out. So do we ever eat sweet stuff? You can bet we do but it’s something associated with a fun day out, like a bike ride into the city followed by ice-cream on the banks of the Yarra River. We have made a conscious decision to enjoy and encourage our kids to enjoy the natural sweetness from fruits and even vegetables thereby reducing the need for any sort of replacements.

Clearly many options and decisions to be made when it comes to sweeteners. In my opinion, anything you can do to wean yourself off the craving for sweetness is the way to go.